Back The 10 New Tech 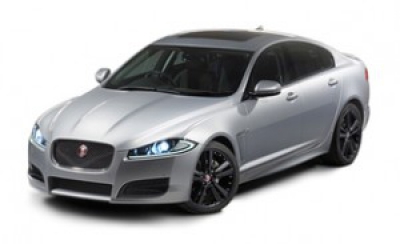 The car's 10 new innovative technologies that provides safety and comfort for the driver.
1. Support of Android Auto and Apple Karply, the 2016 Kia Optima
This sedan is the first car that support the latest smartphone integration services and allows the driver to connect the Android phone or iPhone USB in car plug. Android Auto or Apple Karply automatically becomes active in an eight-inch display and allows the driver to run track, view maps and get phone calls. Kia also provided access to this feature in the vehicle via voice command.

2. the pickup that helps to safely tow, The 2015 Ford F -150
Pickups usually in the use of new technology features like lane change warning system, have poor operation but F-150 not only by vibrating the steering wheel, about the withdrawal of the line alert, but also if the driver moves with great speed on the spot, can reduce speed automatically. High speed in any situation is dangerous, especially when the car is towing another device.

3. Glasses that help to drive; Mini Cooper
there is little information about the Augmented Reality technology for the Mini Cooper, but this innovation can be a fundamental change. The glasses while driver drives the car display an augmented reality displays, for example, when trying to park illustrates how far to go back. Also on the highway arrows appear to indicate that the driver should move to one side. No details on pricing or availability of this technology exist.

4. The touchscreen that works like an iPad, the 2016 Jaguar XF
Jaguar improves the touchscreen in the new luxury sedan XF. The display now works as an iPad. The 10.2-inch screen allows the user to tap and zoom and create shortcuts to frequently used features and even change the desktop background image. It has a quad-core processor and a SSD drive.

5. A car that at the intersection brakes, Volvo XC90 T6 2016
The car that will be marketed this summer has features that are not found in any other car. As the driver moves toward an intersection, the car is watch out for cars coming from the opposite side and if the vehicle may seem to wrap the car or like the accident, it automatically brakes.

6. Start smart watch that start the car, the 2015 Hyundai Genesis
BMW is not the only company that allows the use of a Smart watch. Blue Link smartphone app, which now works with 2015 Hyundai Genesis models allows the driver to start the vehicle or the vehicle's doors to lock or unlock, and also to find the car in an even very busy parking lot. The program works with most of Android watches like Moto 360 Android, and possibly will have Apple's special version too.

7. The computer-controlled eye watching the road, the 2015Subaru Legacy many cars use sensors that helped to keep the car in between the lines and automatic braking to avoid collisions with other vehicles. Subaru Legacy uses the sensors named eye sight which embedded in the windshield of cars and observe other vehicles and obstacles and snow and frost are not hinder the work. The sensor is the only sensor that the Insurance Institute for Highway Safety (IIHS) is ranked as excellent.

8.Sharing 4G signal in a cheap car, car washes Trucks 2015,
This car priced slightly more than 20 thousand dollars. Yet despite its bargain price, is equipped with a 4G hotspot that allows passengers to use 4G signals This service is free for three months or up to three gigabytes and then use it with the monthly payment of five dollars.

9.Carefully monitor system that control driver, the 2016 Nissan Maxima
Nissan Maxima 2016 is expected to be marketed this year,has an interesting safety feature that can be seen in more expensive luxury models as Mercedes-Benz vehicles. As car driver drives the car, it monitors his driving pattern and in case of detection of signs of fatigue, with displaying a cup of coffee on the display screen, implying the driver the need to relax and precision.

10. Four-wheel drive, which anticipates the slipping wheel, Mazda CX3 2016
Four-wheel drive system operating when the car senses wheel slippage. Mazda CX3 2016 is the first car in useing more intelligent touch system. It knows when the road is icy, snow-covered or slippery, for example, a thermostat can read the temperature and vehicle uses the system before the wheels slipped.